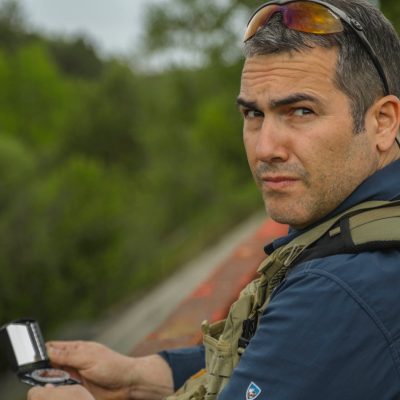 Philip Grossman is an internationally recognized Cinematographer/Photographer and Host of Discovery Science Channel’s “Mysteries of the Abandoned: Chernobyl’s Deadly Secrets.” He is one of only a few of photographers to have had a solo exhibition at the United Nations. His exhibition, part of the 30th anniversary remembrance of the Chernobyl Catastrophe, was opened by former New Zealand Prime Minister Helen Clark and Minister of Foreign Affairs for Belarus, Minister Vladimir Makei. In addition, his works were selected to mark the first International Chernobyl Disaster Remembrance Day.

Philip has spoken globally on various topics including film/broadcast technologies, information architecture, nuclear power and space exploration. He has licensed his material to tv shows and feature films such as Ridley Scotts Equals, ABC Freeform’s Shadowhunters and Marvel’s Legion. His various video clips on Youtube and Vimeo have a combined viewership of over 4 million.

He is a frequent contributor to the Media and Film industry including presentation to the National Association of Broadcasters, International Association of Broadcasters, and the Society of Motion Picture and Television Engineers. He has been interviewed and written for multiple industry publications including News Shooters, Broadcast Beat, Adobe, NAB Live, RedShark Media, Russia Today, New York Times, Video Maker, National Geographic, and the Professional Society of Drone Journalists. His images have been selected for inclusion in several internationally published books. Most recently he was elected SMPTE Section Manager in Atlanta

Philip has travelled to some of the most remote and unique locations in the world to document history that is vanishing with time: Chernobyl, Ukraine; Polesie Reserve, Belarus; Fukushima, Japan, and Baikonur Cosmodrome, Kazakhstan. In addition, he has become an adjunct instructor for RED Digital Cinema teaching cinematography and digital technologies.

He is a graduate of the University of Colorado at Boulder with a Bachelor of Science in Civil and Architectural Engineering. After many years working as an engineer, Philip went back to school and received a Master’s of Business Administration from the University of Georgia and embarked on a 20-year career as a media technology consultant for several global consultancies, including Ernst & Young and Cap Gemini.

Philip Grossman most recently was the Vice President of Solutions Architecture and Engineering for Imagine Communications, a global leader in video infrastructure, advertising systems, and workflow management solutions that serves media networks, broadcast stations, digital media, communication service providers, and enterprise markets that span 185 countries. He was responsible for engineering, designing, developing, and managing the Solutions Architecture & Engineering practice to help support customers’ transitions to the next generation broadcast environment.

In his free time, Philip is an instrument-rated general aviation pilot and is working towards completing his commercial and multiengine ratings. Moreover, he has the distinction of being the first person to fly a Multi-Rotor Drone in the Chernobyl Zone of Exclusion as part of his work in documenting the aftermath of the nuclear catastrophe.