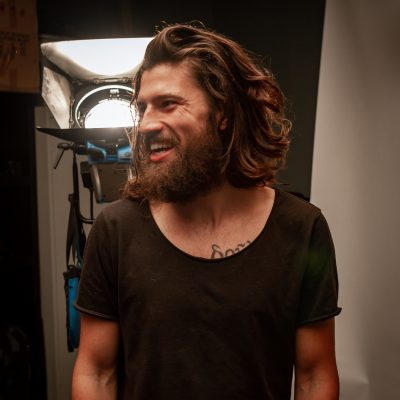 Josh Etheridge is an award-winning director/DP with work featured in Vogue Magazine, People Magazine, Rock and Ice Magazine, and in advertisements for The North Face and H&M. Josh started his career in film shooting weddings with East West Productions, who was recently named “Best Wedding Filmmakers in the World” by Harper Bazaar, and now leads a film team at Blue Ridge Community Church while running his commercial production company. He has made films for celebrities and influencers like Francis Chan, Nick Jonas, and Ashley Graham while regularly traveling the World creating video content for non-profits. Josh’s goal is to share the hope of Christ through his craft, and he views film as an art form that comes for God and hopes to point people back to Him.

Get to know Josh

In this segment of Church Production Magazine’s Talking Tech Podcast, we interview Josh Etheridge who is a film producer and director at Blue Ridge Community Church in Forest, Va., near Lynchburg.
Before taking the position at Blue Ridge, Josh worked for East West wedding filmmakers https://www.eastwestproduction.com/weddings/, a company named best wedding filmmaker in the world by Harper’s Bazaar and worked in commercial filmmaking for many years shooting for magazines like Vogue and Rock and Ice. But he says God was preparing his heart for ministry work long before Blue Ridge called him. In his Talking Tech interview Josh tells us that story, shares his current film projects and talks about how his commercial work was good preparation for ministry filmmaking.