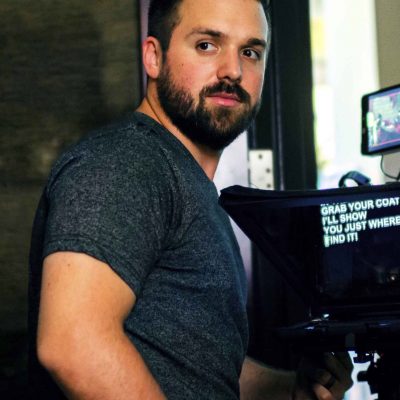 Jesse Henning is a 3D artist and Filmmaker in Durham, North Carolina. While he was a youth pastor, he felt a calling to work in media ministry. For 5 1/2 years he was film and media director at Newhope Church in Durham and has worked in full-time creative ministry for eight years. Henning is a storyteller at heart with a passion for ministry and the art of filmmaking. Since 2009, he has been on a mission to craft and create visual stories of purpose and power. He has completed many projects, including commercials, animations, music videos, short films, and a feature film. He is completely self-taught and is an avid pursuer of craftsmanship and story. Henning has experience as a writer, director, cinematographer, editor, visual effects artist, motion graphics artist and as a 3D modeler/animator.

CHRISTMAS IN THE MOVIES

Christmas, movies, and a sermon series about them.

By far this was and has been one of the most involved animations I have done to date. The first asset I created was Mount Crumpit. I did a High Poly sculpt and used a technique that many video games used where I lowered the Poly count in the mountain and baked the detail from the Hi res version to the Low res version in Substance Painter. After I was finished with the mountain I moved on to the sleigh and tried to make a close replica of the Grinch's sleigh in the film. I used as many reference photos as I could and modeled it by eye. I also did some heavy sculpting on the bag to cheat volume and the look of it being filled with presents and molded to the sleigh. Do to limitations I didn't put every object in the original on it, but I got it pretty close. I built all of the environment elements including the candy canes, mountains, train track, and tunnels from the ground up and heavily manipulated 2 base character models for the Grinch and Elf. The train was reworked from an existing model as well and all of the trains textures were custom designed inside of Substance Painter. I did a lot of deep compositing and VFX work to get this animation to come together since it was extremely demanding on render time, but in the end I am pretty happy with the result.