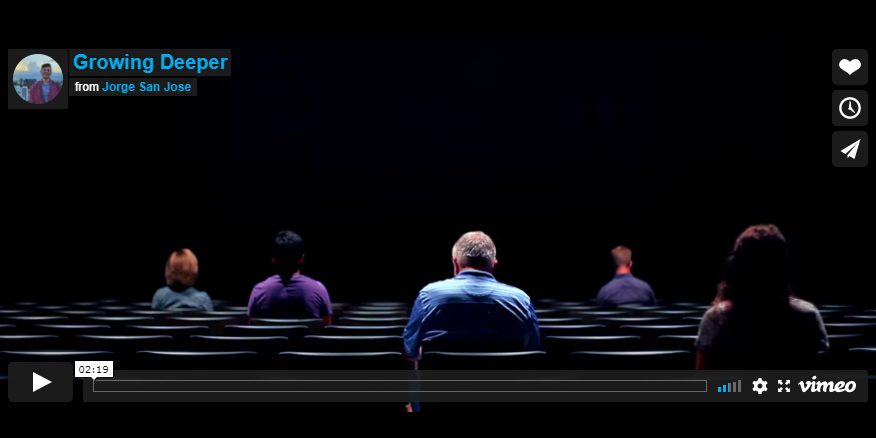 “As we enter into this new year may we do it with a heart that desires to go deeper. Deeper for the sake of Jesus, for His glory, and His people.”

This video was used at the beginning of the year for two purposes. A new series called “Growing Deeper” and an announcement of our church annonucing having two services instead of one. The hope was that people would grasp what TRUE growth is.

The key shot in this was when all the people “appear” in the shot to the beat of the song. This was a 5 part split screen of the same shot filmed over 25 min. I would record one person for 5 min, then the next for 5min until all 5 were in the shot. Then in the editing room I had to crop exactly where I wanted each person to appear, and take away anyone else in the shot. It looks seamless but there are 5 different shots in that one.

The symbolism is that growth is meant to be done together, united, as ONE.